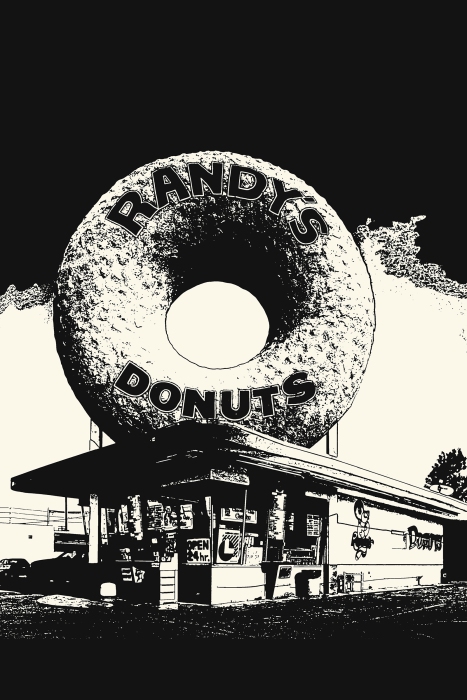 The story deals with many themes that appear in his novels. The matching of a well-endowed everyman with a perfectly sculpted, under-endowed muscleman appears in the earlier novel “Dark as a Dungeon.” Like his contemporary, Tom of Finland, Peter preferred an exaggerated reality. The difference is in the attitude towards size great and small. Extreme size becomes a burden rather than a blessing. Peter suffered from the same problems of over-endowment as the hero of this story, Taryn Rearden.

“Miles High” was another story found among the files of unpublished works of Peter Schutes. The original title, “Eight Miles High,” was at risk of copyright infringement, so we took the liberty of changing it to something we believe Peter would have agreed to, given the situation. Peter left a handwritten note stapled to the manuscript. It read, “Like my Panama novel, this story is told primarily from the point of view of a man with a very small appendage. I often fantasized what it would be like to be small like Jeffrey. I have known very few men with small endowments. They are just as rare as the horse hung. Just like I felt with my unwieldy monster, they have all said that they saw their tiny penis as a curse for years. It wasn’t until they discovered that with many men, opposites attract. By embracing their femininity, rather than yearning for masculinity, they became a coveted sexual partner. I have a much harder time finding someone to top me than do they. ”

“KwikLube 5000” is set in the mid 1970’s on Van Nuys Boulevard in the San Fernando Valley of Los Angeles. At that time, Van Nuys was the “cruising” street of choice for young drivers. Cruising was outlawed by the quasi-fascist LAPD, who saw fit to curtail freedoms if they were inconvenient, for along with the cruising came fights, accidents, and crime. Jack “Snake” Elgin is a businessman who sought to capitalize on the explosion in car culture in his hometown. This story tells a tale of a man battling inner demons and outer extremities. His employees help bring him out of his own personal hell into a new kind of heaven.

Of this Story, Peter wrote: “KwikLube 5000 was my first attempt at portraying the San Fernando Valley, the capital of pornography and bleach blond hair. The Valley is an enigmatic place. There is no “there” there, as Gertrude Stein would say. It’s just an endless expanse of ugly signs and drive-thru businesses. Nobody leaves his or her car, which is why KwikLube 5000 was such a success. The driver could stay in the car and read the Los Angeles Times while mechanics fiddled with the car one story down. Despite my disparaging words, the Valley is actually dear to my heart. The bathhouses there have the most handsome men, who are much more receptive to an old, well-hung fart like me.”

This work of short erotic fiction is another that was found in the tax filing cabinet of Peter Schutes. It features the re-appearance by Shamus Little, the short body builder with a big rear and a tiny endowment. He built his body for one purpose, and he never fails to amaze. Dirty Cop was most likely written in 1977 or 1978. Around this time, there were a number of “buddy cop” stories in movies and television. Peter’s handwritten margin notes mention the inspiration for the characters Ash Hunter and Rocco Pounder came from an Italian polizziotto called “Live Like a Cop, Die Like a Man.” Tasked with doing “whatever it takes” to bring down a drug ring in Venice, California, the two cops discover just how close they have become. Ash and Rocco reveal hidden secrets about their friendship and their anatomy.

“Enjambment” is one of the last stories written by Peter before his death in 1981 at the age of 85 years old. It is set in his adopted city, Los Angeles, in the present, which was 1980. The language and expressions are modern. The story deals with modern themes, like sexual hypnosis, exercise and fitness, and the cult of body worship that became synonymous with the 1980’s in the wake of Olivia Newton John’s “Physical.” It is a testament to his skill as a writer that he captured this moment in time so precisely.

I am a figment of my creator’s imagination. I served in WWI, was incarcerated at Napa State Mental Hospital for homosexuality, found freedom, had glorious sex, then passed away in 1981. Despite everything, I'm best known for my enormous endowment. View all posts by Peter Schutes

Where to Buy Peter’s Books

Peter at Barnes and Noble